How to create your own functions in R

Putting the FUN in functions! 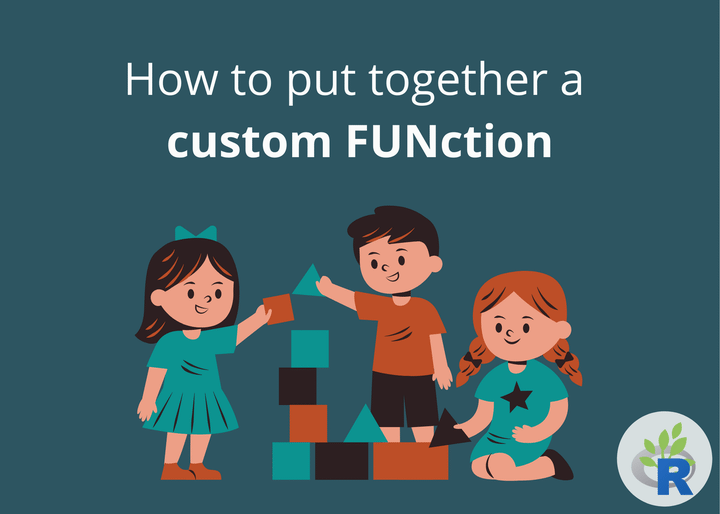 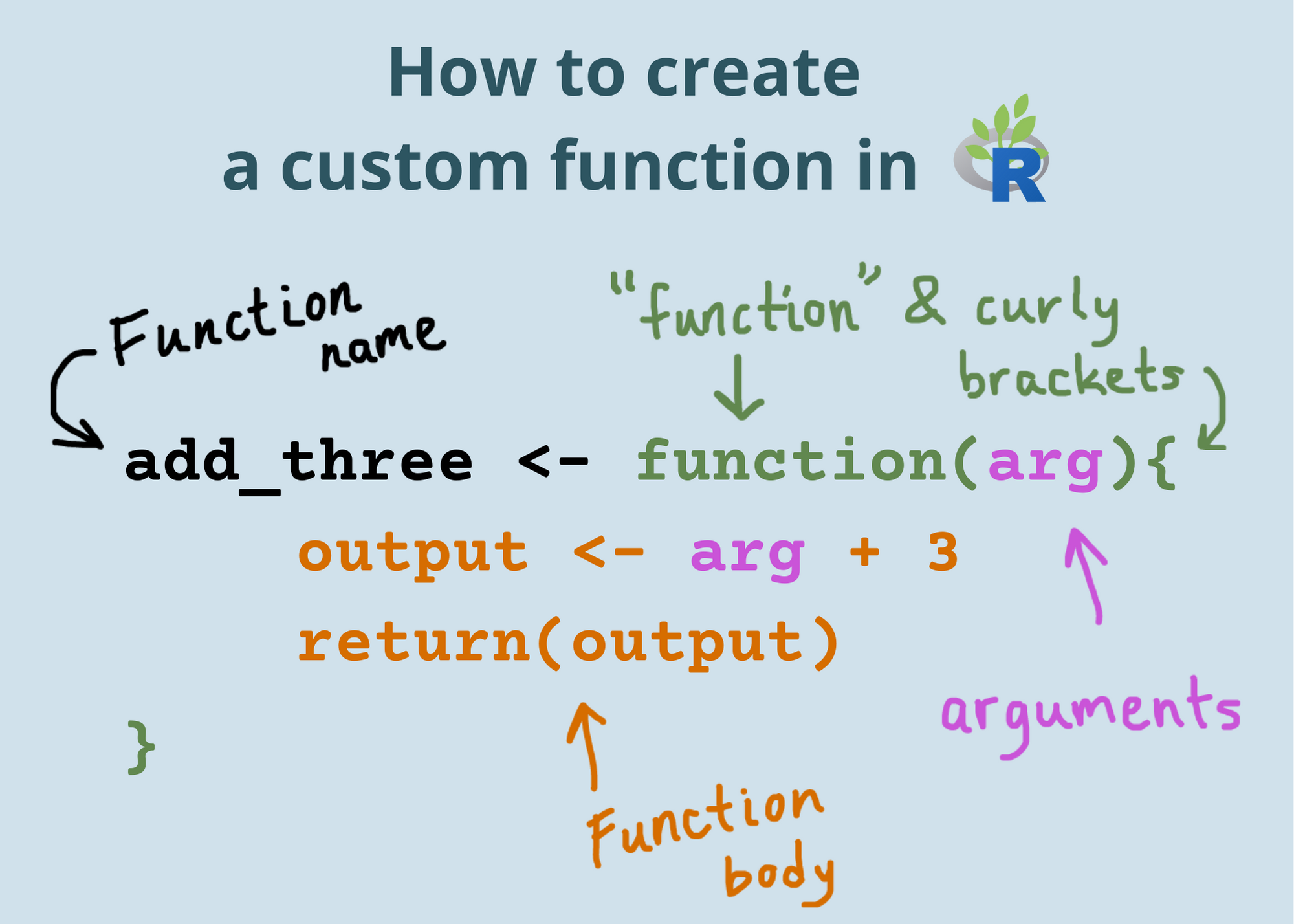 Components of a function

Remember that a function is essentially a “black box” into which you add some inputs and then receive some outputs. Building a function is about building that “black box”, and there are several components that go into it.

Let’s first discuss those components. I’ve created an example function below, called “add_three”. It adds three to the value that is passed by the user.

And that’s all there is to creating your own function! Now I have a great function called add_three that I can use over and over again. You’ll notice that when you create a function, R adds this function to your environment. Just like you have to load packages to use them in a script, you’ll have to run your function code to add it to your environment each time you use it in a new script.

The example I just gave was very simple, but learning how to create your own function unlocks a whole new realm of coding that can be as simple or complex as you want.

This function accepts the coefficient \(a\) of the quadratic term, the coefficient \(b\) of the linear term, and the constant \(c\) as arguments. I created two values to hold the two possible roots of the equation. I also wanted the function to print “x = answer”, so I created values that pasted the “x =” string onto the answer. The ifelse statement at the end just says that if the two roots are equivalent, print only one of them. Otherwise, print both roots.

It works! And now we have a function to help with our math homework :)

Now that we’ve created a mathematical function, let’s try creating a function that manipulates strings. Let’s say we want a function that accepts a species name as an argument and returns an abbreviated version: the first letter of the genus + the rest of the species name. For example, the blue crab, Callinectes sapidus, would be shortened to C. sapidus.

I first used strsplit() to split up the full species name into genus and species, by specifying that I wanted the split to occur at the space between the words. The function substr() allows you to pick out specific characters in a string. I asked substr() to just take the first letter of the name. Then I created the new string by pasting together the first letter of the genus, a period and space, and the species.

Neat! This could be really useful for shortening the names in a list of species — writing a custom function makes the process much easier.

You can also create functions that don’t require arguments at all. For example, I could create a function that generates random coordinates for me, prints them, and plots them on a world map.

I used the runif() function to randomly sample one value each from the range of viable latitudes and longitudes. I used print() and paste() to display a message telling you the latitude and longitude values. Then I plotted the world map and our random point on top. 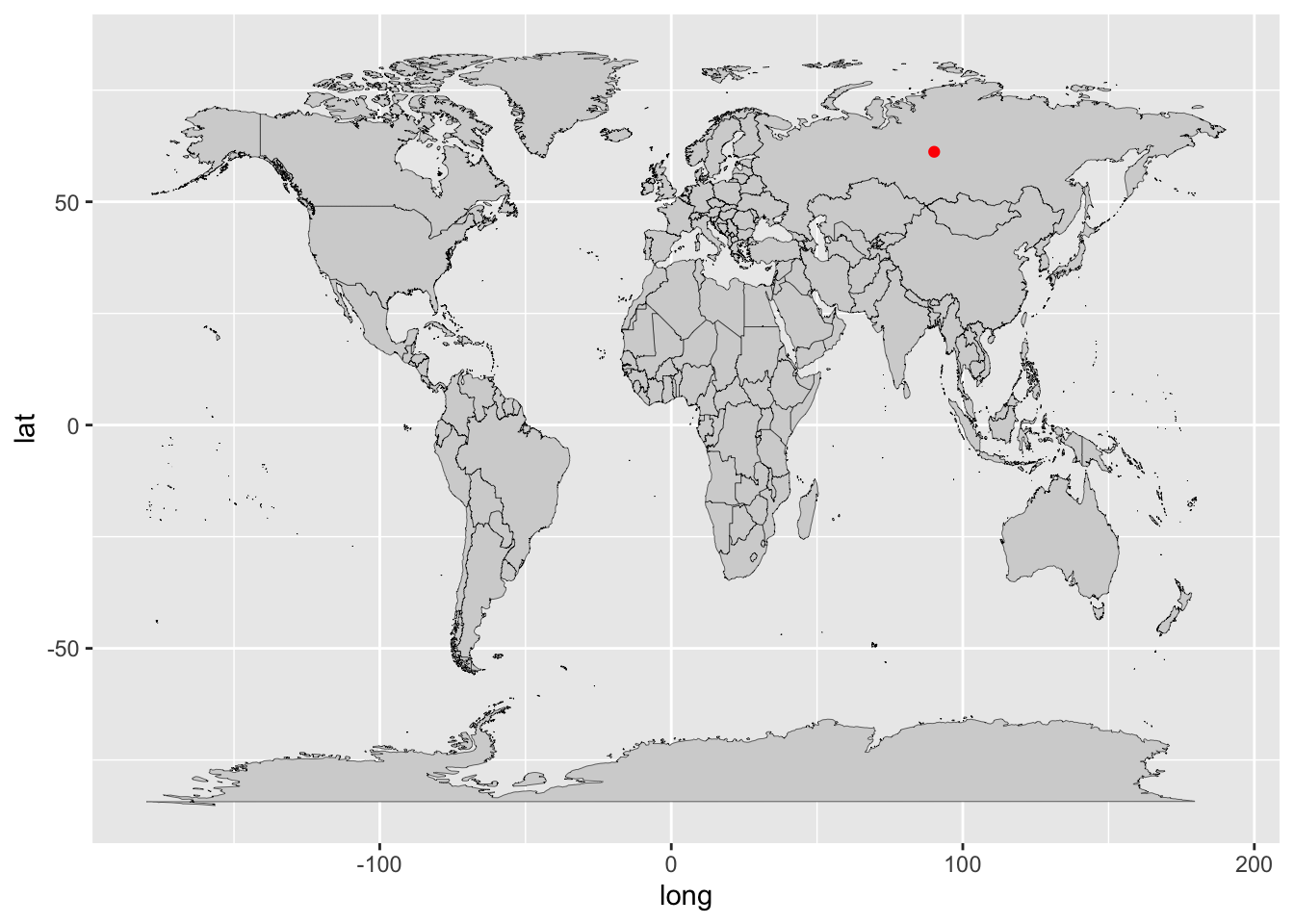 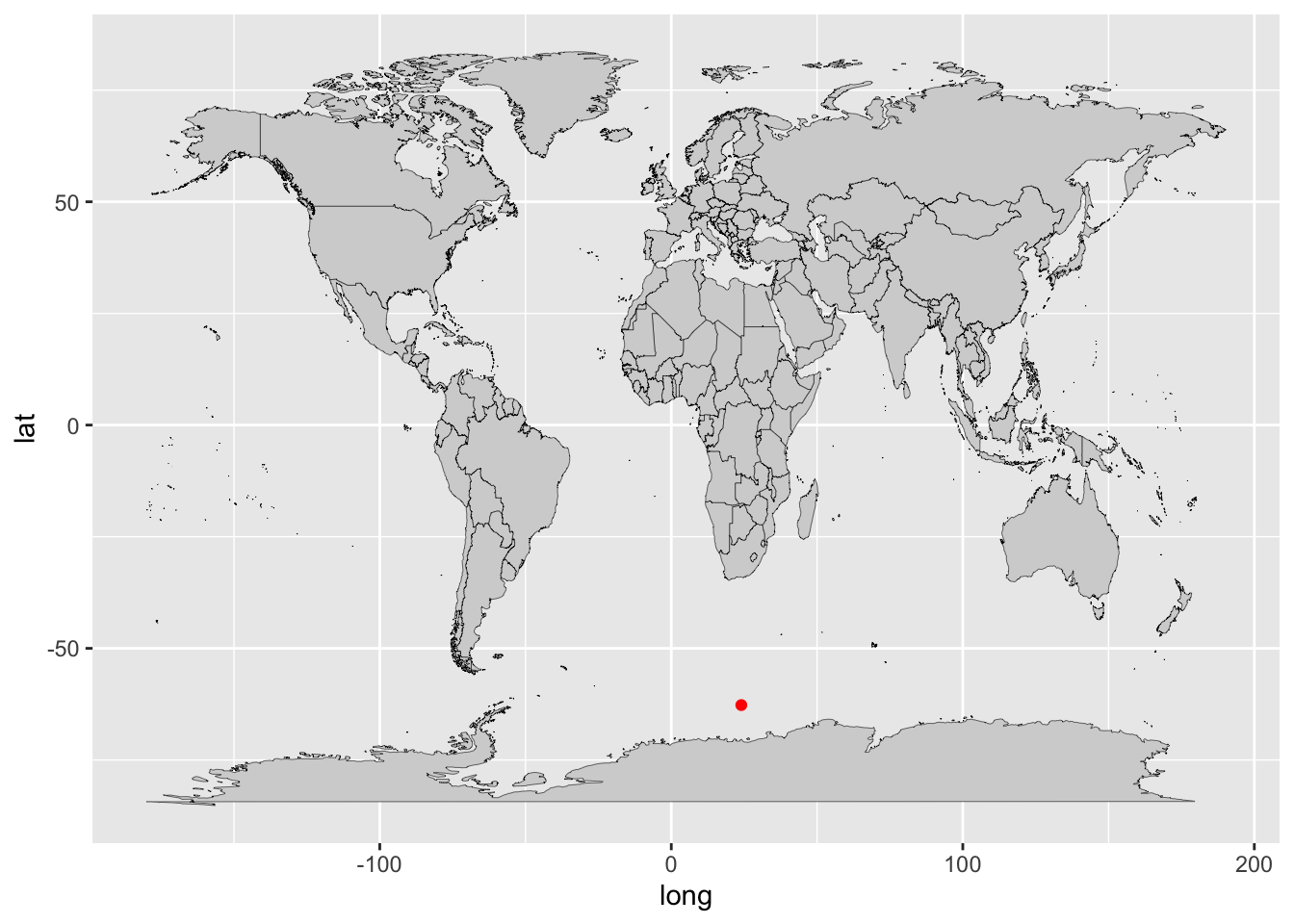 These examples were just three of many, many possibilities. Whatever task or operation you can think of in R, you can code it in a function. Get creative and have fun! Happy coding!

If you liked this and want learn more, you can check out the full course on the complete basics of R for ecology right here or by clicking the link below.

Check out Luka's full course the Basics of R (for ecologists) here:

learning How to data analysis teaching